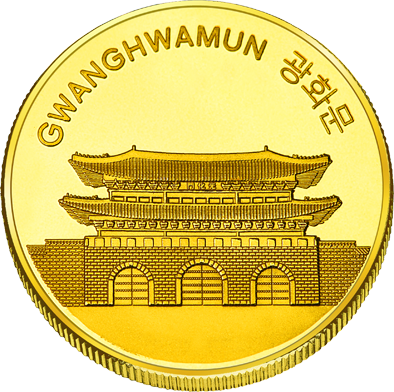 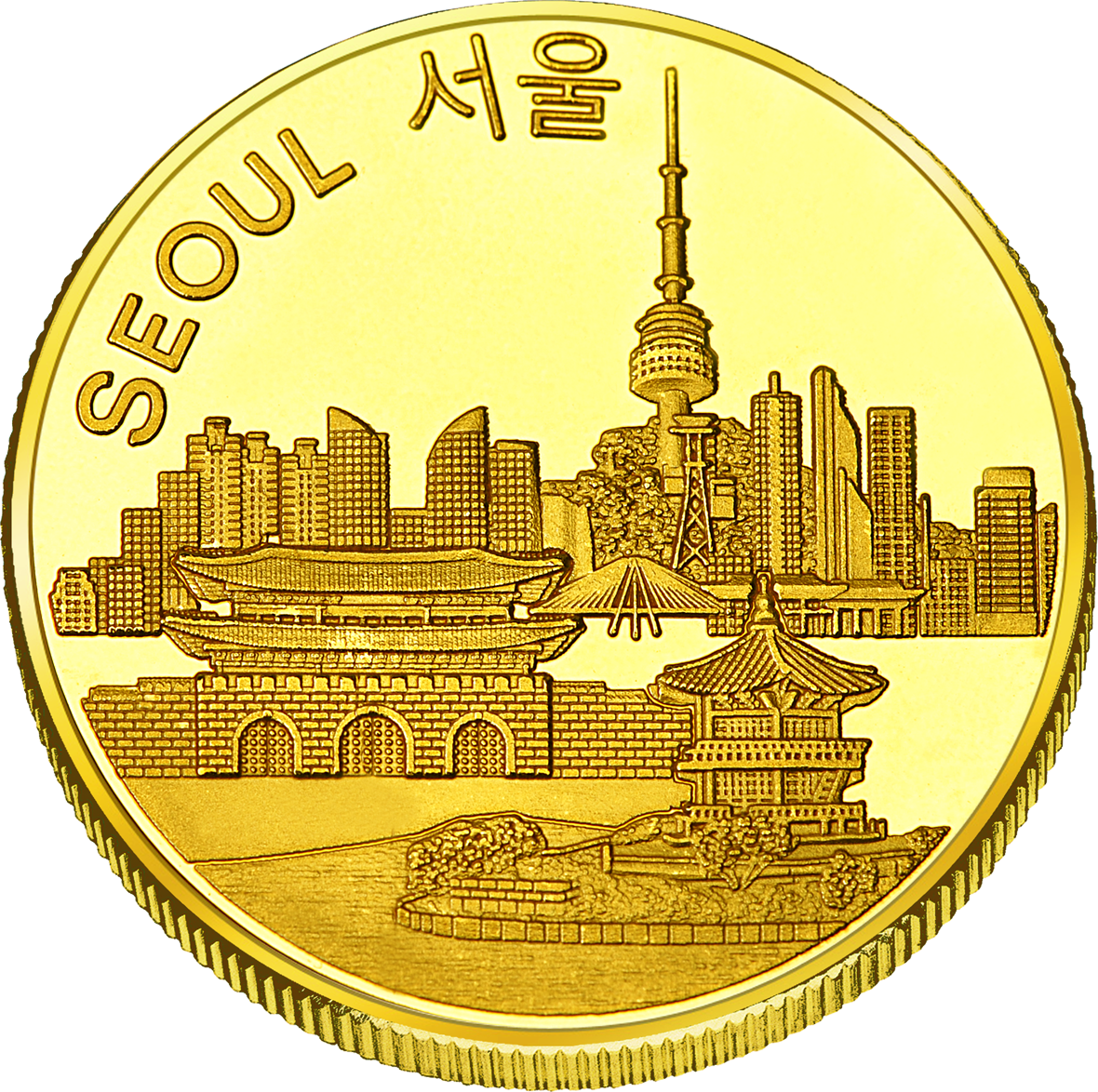 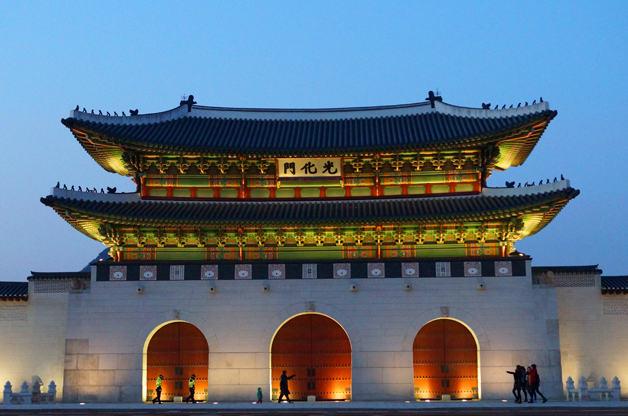 Founded in 1395 by the first king of the Joseon Dynasty, Gwanghwamun is the main gate of Gyeongbukgung Palace. Roughly meaning “may the light of enlightenment blanket the world,” the name symbolizes the resounding dedication that the people of the Joseon Dynasty had in creating a new dynasty. Constructed solely out of granite, its center is an entrance that resembles a rainbow, called Hongyemun Gate. Above that is a gate tower.

Gwanghwamun Gate holds a painful memory in Korean history. During the Japanese occupation of Korea, in order to dampen the spirits of the Korean citizens, the Japanese governing general destroyed the gate and built his own government building. The present appearance of the gate was completed in 1968 when it was rebuilt using concrete, and it’s location is about 10m behind the original spot. Though Gwanghwamun Gate is the most beautiful of the five palace gates, it was not designated by the Korean government as a national treasure because it was built purely of concrete. The government is now in the process of removing the Japanese building and restoring the palace.

Gwanghwamun Gate has its name written on a sign placed over the gate, and it was personally written by then-president Park Jeong-Hui. On either side of the gate you can see a statue of haetae facing south. Haetae is a mythical unicorn-lion that is said to protect palaces from fire. According to Pungsujirisang, there was a fire around Gwanaksan Mountain, so in order to protect the palace from fire from the mountain, these fire-eating Haetaes were put beside the gate.
Response time: 0.081371068954468